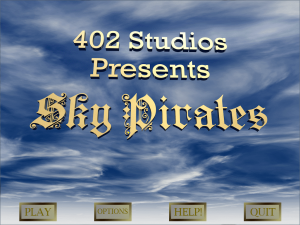 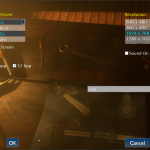 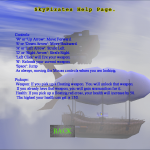 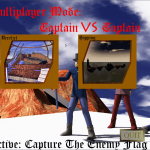 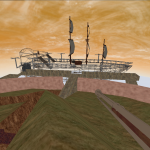 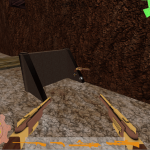 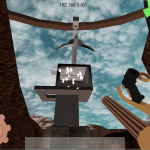 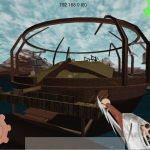 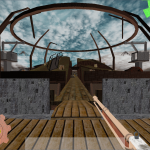 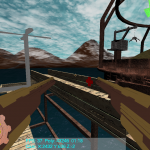 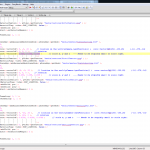 This is the Sky Pirates game I helped develop during my Games Development Diploma course at TAFE.
During the second year of my Games Development Diploma, we split into groups and were tasked with creating a videogame based on the irrlicht game engine and some basic management classes provided by our teacher. My group came up with an idea for a First Person Shooter with a Steampunk theme.

From the provided files and libraries, the programmers (myself and two others) were able to piece together the framework of a basic videogame. The artists meanwhile, were able to create some pretty neat graphics to go along with it.

Unfortunately we weren’t able to achieve the goals we initially set for ourselves at the beginning of the year, but I am proud nonetheless of all that we accomplished in that time.

Below is a link to the installer of the game as it was handed in to the teachers. No support is offered for this product, and it comes with the following gameplay limitations:

1. Sound effects can be turned off, music cannot.

2. LAN Only Multiplayer. Not even sure if Pseudo-LAN works, but it probably should.

3. Only 2 players Max. Should a third player attempt to join, shenanigans will occur.

4. Some weapon pickups are not actually in the spot they appear to be, but will be reasonably close-by.

5. The second level (‘Hopping’) is in even less working order than ‘Derelict’, play on it at your own peril.

6. A host of other bugs, which you are not allowed to complain about because I haven’t listed them here, because I just did.

Here is a representative selection of my work… Files that I alone constructed and managed.