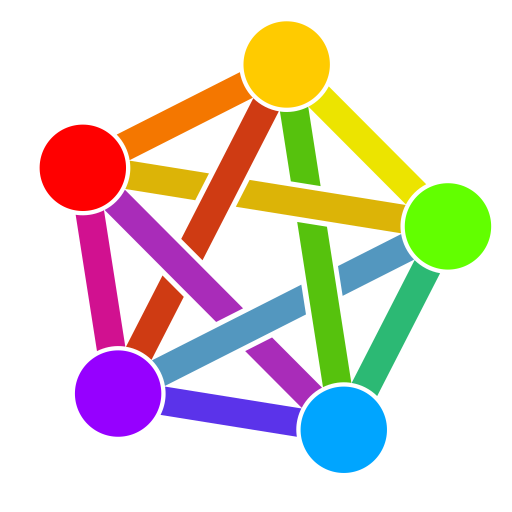 I have a theory that, really… All our current forms of communication are the same.
Not in terms of technology or storage or anything technical like that, but broadly in terms of the ways we communicate.

Let’s look at the four main pillars of communication:

NB: My examples for Instant Messaging and Social Media both include voice chat. Both 1-1 and group. It’s a fairly straightforward medium and it’s built into two of the four pillars, so it’s not a pillar by itself.

What brings them together?

Is there a shared concept across all four of these technologies that we can use to make a case for how we could potentially create an all-in-one or an aggregator? Yes!

All of these concepts represent the same thing. A group of people with a shared interest and a desire to communicate among themselves.
Better yet. The closer you look at how these things actually work, the more parallels you can draw!

Basically, all of these things are hierarchically identical:
Discord: Messaging a Room in a Server
Forums: Posting in a Thread on a Forum
Email: Replying to a Subject in a Mailing List
Facebook: Commenting on a Post in a Group

Sure there are differences in assumptions:

But at the end of the day, you just support the most demanding case and all the others are fulfilled/configurable.

Even the structure of the simplest ‘message block’ is basically the same across all services.
You have:

What truly sets them apart?

Admittedly, each of these four technologies also do other things, and those things can be somewhat unique to that particular thing.
For Example:
Facebook has a feed from both user and group updates, as well as user updates themselves, plus galleries, events, and such.
Outlook has Meetings, tasks, read-receipts, productivity tools, etc
MyBB has something… Probably.
Discord has Voice/Video chat, automatic status setting based on running processes (games, music, etc).

How can we aggregate them then?

Well, let’s look at them in pairs.

The main difference is that forum posts are hosted on a single server, while email messages are shunted around by a standard protocol to many servers. So to truly replace email with forums would be rather difficult, as there would need to be some mechanism for sharing posts outside the bounds of the forum itself.

Replacing forums with emails though. That could be done easily.

Anything you might want to do on a forum, you can do via email.
1-1 message? Email.
1-Many message? Email.
Many-Many message? Mailing List.
Embedding Images? Yep.
Formatting? Yep.
Directed replies and embedded quotations? Yep.
Having message history available to latecomers? That one is a bit of a stretch maybe, but entirely possible, particularly with mailing lists.

Really the hardest part would be getting Email Clients and Email Server Software to recognise the utility of being able to access old emails after joining (server), and viewing emails in ‘topics’ which the clients can already do.

Can we replace social media with emails?
No.

There’s too much to social media to be adequately replaced by emails. Again due to the nature of email storage being mostly transient, while we want our pictures and memories encoded into witty banter to always be around (for the most part).

Can we replace emails with social media?
Yes.
Better yet, by doing so we can solve the two biggest problems with replacing forums with emails!

So, basically what we’re looking at is creating a superset of Social Media and Instant Messaging.

But how could we do such a thing and not have it be awful?

Well… Good question. I absolutely would not trust such a thing to Facebook or Discord. All the benefits of aggregation in the hands of a company? No thanks.
But on the other hand, neither am I qualified enough to have all the answers.

We need to take some lessons from Email. Email isn’t owned by a company, it’s a standard that is adhered to by multiple parties because it’s eminently useful.

Oh look, other people have had this thought before me! Why am I not surprised?!
Social Media, Blogging, Emails, etc: https://en.wikipedia.org/wiki/Fediverse
Instant Messaging: https://matrix.org

Matrix is even going so far as to have a bridge to Mastodon, which is part of the Fediverse!

Of course, these sorts of groups have their own problems, but nothing is perfect! I myself am very much looking forward to dipping my toes into those places!
Who knows, maybe it’s not so far away after all!