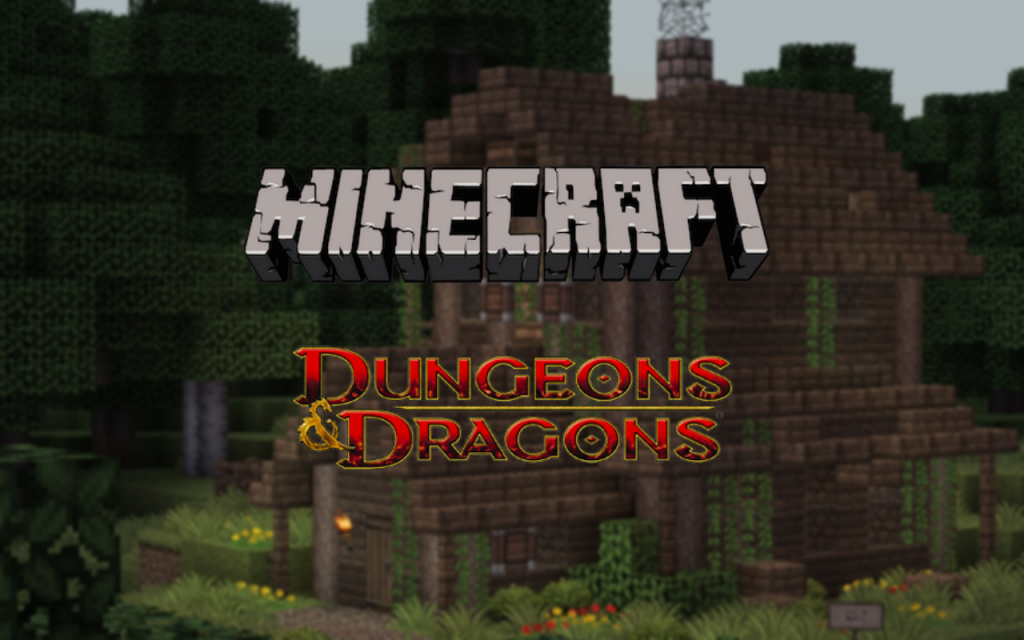 During a visit to a town my friend made in Minecraft, I wandered into the tavern and at one point was standing behind the counter. The thought that ‘inhabiting’ this scene triggered directly inspired this post, so thanks Peppy’s tavern!

I thought to myself “If there were people in here, it’d almost feel like I was actually in a tavern, it’d feel a lot like I was playing an RPG like D&D”. Of course, once I’d had the thought, nothing could stop me thinking further about using Minecraft as a platform for a D&D session.
The strangest thing is, it would almost work out of the box (for everything bar combat) and with a mod or two it could be a viable and more immersive alternative to things like Fantasygrounds and Roll20.

Walking around, talking to NPC’s, shopping, chatting with each other, role-playing an actual character with actual character progression… All easily do-able with a vanilla client and a few server plugins.

Things like the Citizens plugin can add NPC’s who can talk and give quests and bring all sorts of life to the world. The McMMO plugin can give stat tracking for skills and abilities. The factions plugin can be set up to behave like a reputation system to define friend and foe and even subcategories within. Various shop plugins can integrate with Citizens to implement talking to NPC’s to buy and sell things. Plugins can even (probably) handle stuff like mount and familiar summoning, non-combat utility spells, that sort of thing.

And the fact that these are all plugins and not mods means that the average player doesn’t need to worry about installing or updating or configuring them, just connecting to the server that is running them.

Combat is of course the real issue.

Tabletop roleplaying games have turn-based combat. All of the rules and balances are based on that assumption.
Conversion of the tabletop system to the kind of real time combat supported by Minecraft would be a monolithic task.
Modding in a turn based combat system into Minecraft would be slightly less difficult and would have the benefit of being expandable to include spells and reactions and all the staples of D&D combat.

Paradoxically, re-interpreting the tabletop RPG as having a real-time combat system has been done in Minecraft far more often than tacking a turn-based combat system on, as seen in Modpacks like Hexxit, Hack/Mine, and the one shown below.

This video alone proves (funny voices and all) just how close you can bring Minecraft to Dungeons and Dragons with Mods.

You can see there that the vast majority of the work will be on the part of the person running the server (akin to the Dungeon Master), creating worlds and NPC’s and loot tables and quests and whatnot. But the beauty of D&D is that a lot of those things can be crowd-sourced!

This is the reason Minecraft became and has STAYED popular. The same reason D&D has stayed popular. The only limit is your imagination, and how much time and skill you (and others) can put into it!