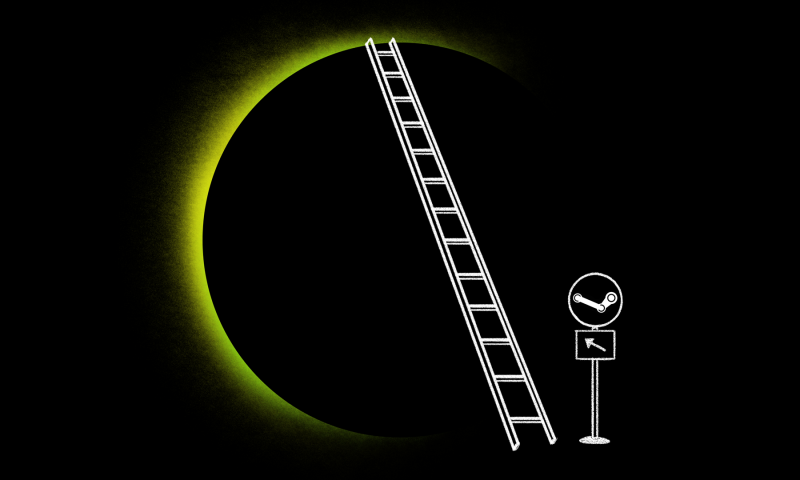 Steam recently announced that they were retiring their Greenlight program and replacing it with what they call “Direct”. What follows are my thoughts on their solution and my alternative. It’s not superbly researched, it’s an opinion piece. Fair warning.

For those who don’t know, Greenlight works by allowing practically anyone to submit a game concept to Steam, whereupon it appears in a semi-buried section that Steam Users can go and browse through, and Up-vote games they want to see published to Steam.

Greenlight is flawed and has filled Steam’s catalogue with junk, with no accountability. So yes, it does need to be replaced.

However…
Direct is basically the same system as before Greenlight, except it replaces human validation of games entirely, with payment of a fee. Just throw money at them and your game is in.

Needless to say, I’m not a huge fan of either system, and I’m a little disappointed that Valve hasn’t BUILT on Greenlight, instead of completely upending the submission process.

Why can’t Steam just take a lesson from crowdfunding, and revamp Greenlight to be actually representative of interest in purchasing the game, rather than interest in the promise of what the concept could be?

Set the entry fee to like $25,000 or something, crazy high, so that reputable publishers can easily afford it and crap-spewers can’t.
Then re-work the Greenlight system to be ‘pledge real life money’, instead of ‘Vote to get it onto Steam on a whim’, to make sure the crap isn’t voted in as a joke.
Then just balance it however makes the most sense…

With user vote costs you could:

Then you choose whether to take the money directly as the vote is cast, or only once the game reaches the pass threshold to get into the catalogue (like how Kickstarter does it, much more user friendly).

Then you decide where the user’s money goes. Is it partial payment for the product, so users who voted get a discount on the sale price… Or does it ONLY cover the admission fee, and the games themselves have to cover rewarding the voters somehow?
(Which all depends on whether the fee is being introduced to get Valve more money, or to limit over-saturation of the platform, as well as the other implementational details).

After that… You’ve got something approaching a working and worthwhile system, one that actually BUILDS on the successes and failures of both your own platform, and others who have avoided similar situations.
Flooding of shoddy promises on Kickstarter is far less prevalent (Citation Needed, but seems a reasonable assumption) than on Steam, because Kickstarter actually requires that you put your money where your mouth is.

Either way, Steam will still need better discoverability to compensate for the crap they’ve already taken on board.

Even just adding better filtering capabilities would help! I am constantly seeing games tagged as VR even though I have no VR hardware, because I’ve hit the limit of tags I’m ALLOWED to filter out of my discovery queue. This is so limiting that I’ve had to try to take the more general tags over the more specific (‘Arcade’ instead of ‘Arcade Puzzler’ and ‘Arcade Shooter’ and whatnot), which does not always exclude the more specific tags because often the ‘parent tag’ is not applied to the game…

I’ve even come across games that have mentioned a filtered tag in the first paragraph of the description as a core gameplay element, that should have been excluded, but do not have it as an actual tag.

Don’t get me wrong, I love Steam. I don’t have to make a trip to the shops to get new games. I can look up gameplay videos to check the game out without having to go back-and-forth between home and the game store. I don’t have to worry about where I put my game discs… It’s all very convenient from a Content Distribution standpoint.

But these days it’s acting more as a warehouse than a storefront.
I’ll do all my browsing and discovering on YouTube, or Facebook, or gaming magazines, or something, and only go to Steam to actually buy the thing. While that doesn’t get them any less money on the surface, diversification of discovery sources makes it that much harder for genuinely good games to be recognised. This forces developers to chase Youtubers, and magazines, and viral fame, or they risk having those products sit on the Steam catalogue unsold because no-one ever looks there anymore.

Valve have got the right idea clamping down on the number of games that actually make it onto the Steam catalogue, though I do question their implementation, but they still need to give us the tools to better sift through what’s already gotten through before they can become relevant in that area again.