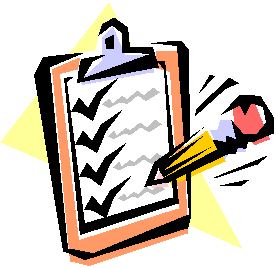 So… I figured since I hadn’t done a blog post in a while, that I might as well weigh in on the whole census thing.

For those not in the know, not paying attention, overseas, or in the future… This is what I’m talking about:
http://www.gizmodo.com.au/2016/07/the-2016-census-will-keep-your-name-and-address/

Right from the start I want to make it clear that yes, I have an issue with this change.
I don’t object to the purported benefits (regardless of their eventual accuracy). I don’t object to ‘the government’ as an entity having this level of information about me (it pretty much does already, not to mention Google or Facebook). I don’t even object to it being centralised (I’m the first to admit there are many benefits to centralisation in many areas).

My issue is Trust.
I do trust ‘the government’ as an entity to be comprised in the vast majority of good people who do the right thing and report those who don’t.
I do trust universities and academics and such who want to know about things that inter-relate, that anonymised data can’t tell them, so that they can improve upon something or other.

But…
I absolutely do not trust Politicians who could demand access to this data for personal gain (though nobody really trusts politicians period),
or for that matter, any other individuals in positions of power and/or authority who would have access to the data without proper oversight.
I don’t trust the infallibility of digital security either (which is a laughable concept to even believe, let alone trust). Meaning that once this information is collected, it starts a countdown to an INEVITABLE breach/leak that nobody knows the duration of.

And MOST of all,
I. DO. NOT. TRUST….
The Australian Bureau of Statistics.

THE HEAD OF THE ABS David Kalisch himself went on NATIONAL TELEVISION the night before the census date and said “We’ve never had a breach at the ABS”.
Blatantly disregarding the fact that they’ve never before had anything WORTH stealing (as the data was anonymised and publicised), comparing apples to oranges and looking like a total fool in the process, particularly since by their own admission they’ve had 14 breaches in the past 13 years.
AND
Another representative said in the same news segment “Our database is 100% secure”.
Displaying an appalling lack of any sort of common sense, and issuing a challenge to every single nefarious individual in the world to try to break in, where normally the vast majority probably wouldn’t have cared.

I can’t possibly have any faith in an organisation whose own representatives are this clueless.

Even my grandparents, who are most assuredly NOT tech-savvy, didn’t believe that second statement for a moment.

Speaking of which, as an aside. One week’s time is quite obviously not enough to allow the ageing and less technologically literate members of our society to react to the “You need to do the census online or call up and request a paper version” letter and call up to order one. Particularly without knowing whether the paper version arriving late would cop them a fine. And that’s just when WE got OUR census letter… Some people hadn’t even gotten it by the census date!

The ABS don’t even need our names and addresses to figure out that a hugely significant portion of our society (which they could have probably estimated reasonably accurately from the last census) would not be tech savvy enough to complete it online, and yet they look to have been caught totally flat-footed by all the requests and complaints. Enforcing an increase to 100% from 30% online based completion between the last census and this one, when the previous increase was something like from 10% to 30% (and was optional), and not expecting an outcry is ludicrous.
I’m not a fan of math as a general rule, but even I could have predicted that if 60% of the population didn’t do it online last time, a not insignificant portion would have had reasons that went beyond “they gave me a paper version so I did a paper version”.

Getting back to privacy, I will readily admit that quite a few of the questions and complaints they are getting are probably privacy related more than accessibility, but that doesn’t excuse them either because there have been rumblings about the level of public dissatisfaction with the privacy issues ever since they announced the changes AGES ago.

We’re right to be worried.
If they can’t even use the data they’ve already GOT properly, how can we in good conscience give them EVEN MORE data that’s EVEN EASIER to turn against us?

Even the failure of the site fails to inspire confidence.
As of the 13th August… The Saturday night after the TUESDAY that the census was supposed to take place on… I am still unable to complete the census for my household.

The site was taken down at 7PM Census night for 2 days (saying “we couldn’t handle all the hits” at first, before changing their mind to ‘It was a malicious DDoS attack that we can’t figure out the source of”, which I personally interpret as “The ‘DDoS’ was probably actually just the Australian population using the website after dinner on the ‘Census Night’ mentioned in the letter”). Theoretically the site came back up on Thursday, but I decided to give it a day to see if it failed again.
All of the times I tried and failed to access it since then (including some attempts between 2 and 4 AM) seem to indicate that it did.

An entire week later (legitimately the next Tuesday) was the first time I was able to reliably access the submission form.
Now that the furor has all died down, it doesn’t seem like as big of a failure, and we haven’t really heard anything more about it…
But I’m still worried.