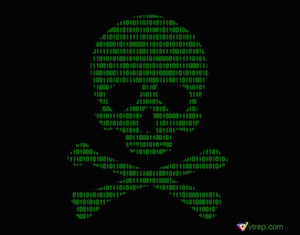 A year ago today (Which I know thanks to Facebook’s ‘On This Day’ app…) I posted this rant to Facebook:

Herein lies a rant about Digital Media Distribution (with emphasis on ease of access), Piracy and an abiding hatred/resentment of Apple and their products and business strategy. You have been warned.

I’ve recently come to the conclusion that Artists and Publishers of Multimedia (Music, e-books, TV Shows, Movies, etc) are really shooting themselves in the foot when only ever releasing to the ‘safe’ distribution platforms Amazon and iTunes, because it’s alienating quite a large portion of their audience… Namely people who don’t live in America(Amazon) and don’t want to install bloatware(iTunes) just so they MIGHT(because iTunes is also somewhat region locked) be able to send Apple even more money for doing nothing helpful beyond letting you not break the law when getting the Multimedia.
I can guarantee iTunes won’t be faster or more reliable than getting the thing you want illegitimately, so it’s essentially Apple trading off it’s name and (since their products are locked down to only using iTunes), the convenience for people who are stuck with their appalling software regardless…

I mean s**t, Google Play is comparatively a gold mine for Artists… All you need is a gorram browser and a Google account… Nobody who will go to the bother of pirating your content (who would normally pay for it if they had proper access to it in the first place that is) would not have either of those things… Even the poor saps who use iTunes probably have a Google account! Google play is far from perfect (for example, Bandcamp does the filetype selection thing WAY better), but it’s mainstream enough for artists to get a benefit from it, and Google is probably just as easy to legalise content for sale through as gorram Apple…

Argh, so frustrating! I don’t really think giving Google even more power is something that is a good idea, but Amazon and Apple are such shitty providers of Digital Content that SOMETHING needs to be done!

So, what’s changed since then?

Well Google Play has indeed gotten more content onto it, which is a great boon to people who actually want to pay for things they like… But the overall state of digital content distribution is still fairly terrible.

Unfortunately the memo that putting obstacles in front of pirates also puts obstacles in front of legitimate customers, but pirates can get around them more easily than than they can be gotten around legitimately, hasn’t been noticed by major publishers of Music, TV Shows, Film, and the like…
There admittedly has been an explosion of popularity with Netflix for TV and Film, which does seem to understand the concept of making it easier to do something legitimately… But they are on the other hand limited in the type and amount of content they are able to provide (it’s pseudo-on-demand at this stage), and aren’t quite able to compete with the ease and efficiency of illegal sharing either.

Amazon’s Kindle eBook type deal is actually going fairly well once you’re in their ecosystem, they very much understand the value of making it easy for the consumer, but outside of that, digital book distribution is not particularly popular either because it’s so hard to do it properly.

Apple is still locked down because they’re greedy.

And don’t even get me started on TV shows. I installed an app on my Smart TV recently that lets me stream a variety of free-to-air television channels via the Internet. It’s SUCH a brilliant idea, and the fact that I can get British television channels more easily and reliably than I can get my own Australian ones is so great and so saddening at the same time.
There are a number of reasons why this is pretty much the best idea ever:

That’s all assuming a bare minimum of security is put in place around the system of course, but I can easily see a bunch of other safety and security checks to put in place that don’t overtly interfere with the user experience, but make it hell to circumvent the perfectly reasonable restrictions the networks could/would impose. I could even see the system evolving from the network standpoint into a full-blown web-service which really WOULD deliver an on-demand experience that everyone could benefit from.

But instead they’re arbitrarily picking on random individuals who pirate things and sue them as a deterrent, even though anyone with half a brain knows the odds of it happening to them are worse than the background probability of accidental death, and those who don’t probably couldn’t do it illegally anyway.
That or they’re imposing other brainless limitations in other areas to try their damndest to get in the way of pirates being able to freely access it, and to hell with how hard it is for legitimate customers to do the same.